Inflammation is now linked to just about every health condition from rheumatoid arthritis, cancer, heart disease, diabetes, asthma, and even Alzheimer’s. According to a Harvard Medical School report, “Chronic inflammation plays a central role in some of the most challenging diseases of our time.”

But what is inflammation?

If you’ve ever twisted your knee, cut your finger, or been stung by an insect, you have firsthand experience with inflammation. Inflammation represents an essential survival mechanism that helps the body fight off hostile microbes and repair damaged tissue. Yet there is another side of inflammation that can be harmful rather than helpful to human health. There’s evidence that inflammation, promoted in part by such factors as obesity, smoking, and a sedentary lifestyle, contributes to various diseases.

Inflammation can be divided into three types based on the time of the process that responds to the injurious cause; acute, which occurs immediately after injury and lasts for a few days; chronic inflammation, which may last for months or even years when acute inflammation fails to settle, and subacute which is a transformational period from acute to chronic which lasts from 2 to 6 weeks.

Acute inflammation comes on rapidly, usually within minutes, but is generally short-lived. Many of the mechanisms that spring into action to destroy invading microbes switch gears to cart away dead cells and repair damaged ones, and inflammation dissipates within a few hours or days.

On the other hand, chronic inflammation often begins with the same cellular response. Still, it morphs into a lingering state that persists for months or years when the immune system response fails to eliminate the problem. Unchecked, the immune system prompts white blood cells to attack nearby healthy tissues and organs, setting up a chronic inflammatory process that plays a central role in some of the most challenging diseases of our time, including rheumatoid arthritis, cancer, heart disease, diabetes, asthma, and even Alzheimer’s.

Symptoms of inflammation are different depending on whether the inflammatory reaction is acute or chronic. There are five fundamental signs of inflammation that include: heat (calor), redness (rubor), swelling (tumor), pain (dolor), and loss of function (functio laesa). The sensation of heat is caused by the increased blood movement in dilated vessels into environmentally cooled extremities. This reaction will also lead to redness due to increased erythrocytes passing through the injured area. The swelling of the site occurs due to an increase in the permeability and dilatation of the blood vessels. Pain is due to increased pain mediators, either due to direct damage or resulting from an inflammatory response itself. Loss of function occurs due to either simple mobility loss due to edema or pain or replacement of the cells with scar tissue.

Lifestyle choices, DIET, and even family history play a role in the diseases and conditions brought about by chronic inflammation. Other causes can be gut health, stress, pollution exposure, and many others.

There is recent strong evidence that continuous stress and diverse inflammation in the brain could be a significant and direct cause of dementia and memory impairment due to the constant accumulation of inflammatory cytokines in the brain.

Foods that Cause Inflammation

Diet plays one of the most critical roles in our health. We eat three to five times a day. So, the foods we eat are either inflammatory or medicine. The more foods closer to the Mother Nature we eat, the less inflammation we will have. On the other hand, the consumption of foods in most markets today creates inflammation due to additives, sugars, bad saturated fats, and all other hard-to-pronounce names used as stabilizers.

Studies have been intensively conducted on the treatment and prevention of dementia, which is among the most threatening diseases to humans both socially and medically and seriously deteriorates patients’ quality of life.

After extended use, these synthetic drugs show adverse side effects, such as vomiting, hand tremors, and heart disease.

Also, remarkable findings have been reported from studies on natural products that protect cranial nerves by exerting antioxidant activity, and these products have relatively fewer side effects.

To this end, various natural resources have been developed recently, including Spirulina which has attracted much attention.

Humans have consumed Spirulina for thousands of years without side effects and even have been selected as space food by the US National Aeronautics and Space Administration (NASA). Since Spirulina has various active substances, such as C-phycocyanin, beta-carotene, chlorophyll, and functional fatty acids, it has been reported to have excellent anti-cancer, immunity enhancing, skin improving, and anti-inflammatory effects and to help treat hypertension, diabetes, and diseases related to metabolism, such as liver dysfunctions.

In particular, Spirulina contains at least 50–100% more beta-carotene and chlorophyll, which are highly antioxidative, than any other product. Therefore, many study findings have reported promising outcomes of Spirulina on brain nerve cell protection from these potent antioxidants. Many positive effects of Spirulina in cranial nerve protection are associated with the solid antioxidant activities of chlorophylls.

According to a scientific article published in 2019, the high anti-inflammatory effects of the extracts were closely correlated with the high amounts of chlorophylls, which have potent antioxidant activities, obtained only through a non-thermal process. The high anti-inflammatory effects of the Spirulina extract with mouse microglia cell line could be employed to develop a possible mechanism for in vivo anti-inflammation effects along with the results from primary nerve cells.

Chlorophylls are highly vulnerable to heat and fat solubility. So, low-temperature extraction is essential to obtain high-concentration chlorophyll that maintains its activity. Just the way we do here at Raw Living Spirulina, where we don’t use any heat, any machine, or any other technique when harvesting.  It is a long by-hand process, but we make sure we do it right to protect the living cells. A lifestyle rich in fresh fruits and vegetables freshly picked from local organic farms, and eaten in season, is the best approach for preventing inflammation. Additionally, consumption of superfoods such as Raw Living Spirulina, and other anti-inflammatory foods high in antioxidants, will help reduce damage caused by inflammation. Exercise, sunshine, and other natural practices will help more than we can imagine. 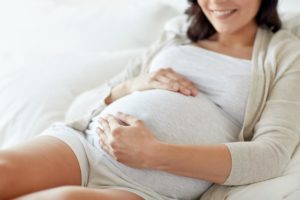